Australia at a glance

Students, au pairs, backpackers and adventure holidaymakers from all over the world are magically drawn to Australia. No wonder, because the continent offers unique natural experiences, fascinating metropolises and breath-taking beaches. As a travel insurance company, we would like to support you in the best possible way in your travel preparations and are at your side with tips and advice for a safe stay.

What is the best insurance cover for my trip to Australia?

Select the best offers and conclude them online

Australia offers many opportunities to travel around the country. Therefore, depending on the purpose of your stay (holiday, work & travel, au pair), it is important to take care of the appropriate insurance cover. Put together your individual travel protection: choose travel health insurance with or without travel liability insurance, travel accident insurance and travel assistance insurance for a longer-term stay abroad.

Why is travel health insurance important?

Medical treatment in Australia is usually only provided after advance payment. In the case of illnesses that cannot or should not be treated locally, high costs for medical transport back to the home country must also be expected. We, therefore, recommend that you  book an travel health insurance to protect yourself against possible costs. With HanseMerkur Travel Insurance, you have a reliable partner at your side to insure you during your trip.

What other travel insurance policies will protect me on a trip to Australia?

Travel cancellation insurance should also be considered by Australian holidaymakers, exchange students, language students, scholarship holders or doctoral students. Since stays in Australia are usually longer than a few days and more expensive than "normal summer holidays", the financial loss would be great if you did not go.

For overseas flights, travel luggage insurance is also recommended. Suitcases are loaded at different stations and it is more common for a piece of luggage to get lost. In most cases, it will turn up again at some point, but until then you will need clothes and hygiene items to tide you over, which are reimbursed up to a certain value if you have insurance. Especially when important appointments are coming up, buying new clothes can be very expensive.

Health tips: What is medical care like in Australia and what do I need to be aware of?

Advice for your health – prevention is always better than cure

Medical care – Knowing what matters in an emergency

Medical care in Australia is of a high standard. However, you may have to expect longer waiting times in hospitals and doctors' surgeries. In the Australian outback, the so-called "flying doctors" provide rapid medical assistance and rescue in emergencies.

Medical treatments are usually carried out after advance payment (cash). To ensure that you do not have to bear these costs, the Federal Foreign Office recommends that you book an travel health insurance with a return transport guarantee. Australia's public health system is called "Medicare" and Australian hospitals are characterised by first-class medical facilities and standards of care. The staff mostly speaks only English.

Those who depend on taking medication regularly should bring it with them from home. Note, however, that these must be declared upon entry.

Our tip: Ideally, you should have a medical certificate with you so that you do not get into trouble with Australian customs.

Travel preparation & safety: What do I need to consider before travelling to Australia?

Travel warnings and safety advice from the Australian Government

Basically, Australia is a safe destination. As everywhere else in the world, however, tourists should observe a few safety precautions. Always keep an eye on your luggage and do not leave your suitcase and handbag unattended. Backpackers should make sure to lock their backpacks securely in collective accommodation, if possible. If you are travelling with a rental car, it is better not to leave any valuables in it.

Money, tickets and other valuables

Always take good care of your valuables. Money, tickets and other valuables should be kept in a safe place, for example, in the hotel safe. Even in the USA, valuables should not be left in a parked car. This is especially true at airports, bus stations or railway stations: Beware of pickpockets! Just in case, it is advisable to make copies of all important documents, including airline tickets, and keep them separately.

German citizens need a passport valid for at least six months to enter Australia. Children need their own identity document.

Visas are required for Australia. The free visa must be applied for before travel and is valid for 12 months; however, the maximum length of stay is three months. Since 2008, there has been a simplified online procedure whereby the issuance takes place via the Internet. The so-called eVisitor visa can be obtained by registering on the homepage of the Australian Department of Immigration with your passport data and providing a valid email address. After checking the data, you will usually receive a message within a few minutes stating whether you are allowed to enter Australia as an eVisitor. Passport stamps or stickers are no longer required, as the electronic visa is automatically deposited digitally at border crossings.

When entering the country via the airports in Adelaide, Brisbane, Cairns, Darwin, Gold Coast, Melbourne, Perth and Sydney, all arrivals must undergo a body scan. Those who refuse are only allowed to enter with a delay or, under certain circumstances, not at all.

Australia is a fascinating and expansive destination, not least because the continent spreads across different climatic zones. When travelling to Australia, you can discover both the dry desert and green rainforests. The Tablelands in the west makes up 60 % of Australia's total size and is relatively dry. In the north, it is tropical, and towards the south, the climate becomes more temperate. Snow falls only in the south-easternmost mountain regions of the country.

Australia offers many attractions throughout the continent. Probably the biggest tourist attractions, apart from the larger cities (Canberra, Sydney, Melbourne), are the Great Barrier Reef, which, with its approx. 2,200 kilometres, has the largest interconnected coral reef on earth. Australia's cities have a lot to offer: Cafés and restaurants, street art, shopping and beaches.

Another highlight is the Uluru-Kata-Tjuta National Park in the state of Northern Territory, which is a Unesco World Heritage Site.  Here are other sights, "Ayers Rock" and "The Olgas", two sandstone massifs that are considered sacred by the Aborigines.

Due to the long distances involved, anyone travelling to Australia should think carefully beforehand about which itinerary to choose so that no personal highlight is missed. From Sydney to Cairns, for example, it is just under 2,500 kilometres, from Adelaide to Perth around 2,550 kilometres and from Brisbane to Darwin almost 3,500 kilometres.

Natural disasters usually occur unpredictably. Therefore, it is advisable to inform yourself about the holiday region and potential dangers in the regional and national media. The Australian Government and local authorities also issue notices at affected beaches, nature parks. Your safety is our top priority and we want to prepare you for what natural hazards occur in Australia and how best to protect yourself in the event of a disaster.

Smoking and the risk of theft

Swimwear is compulsory: With the exception of specially designated beaches, nudism is prohibited in the USA and is punishable by fines.

The most important number in an emergency is 000 – you can reach the police, fire brigade and ambulance via this number. The number is available 24 hours a day, every day, regardless of where you are in Australia.

Important numbers at a glance:

HanseMerkur's Emergency Call Service is there for you as an insured person worldwide.
24 hours a day – around the clock. Including on Sundays and public holidays, quick help in case of emergency. 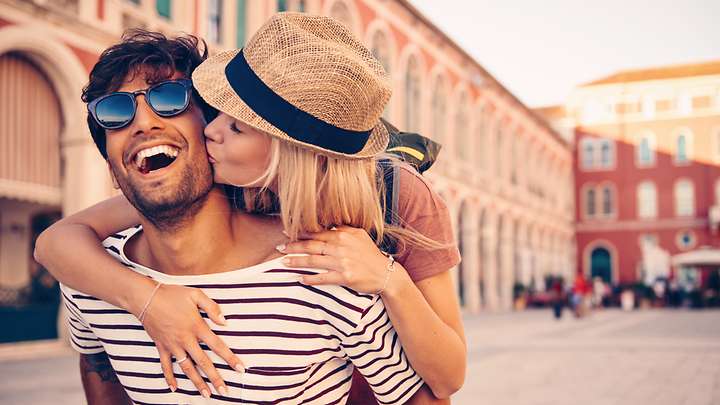 Don't forget to pack a foreign health insurance! We reimburse you for the costs of e.g. curative treatment or for a necessary repatriation - without a deductible and with a 24-hour emergency hotline included. 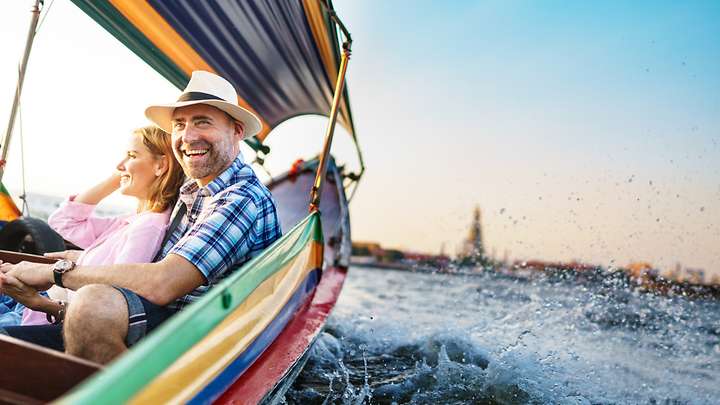 Travel cancellation and curtailment insurance – for a single trip 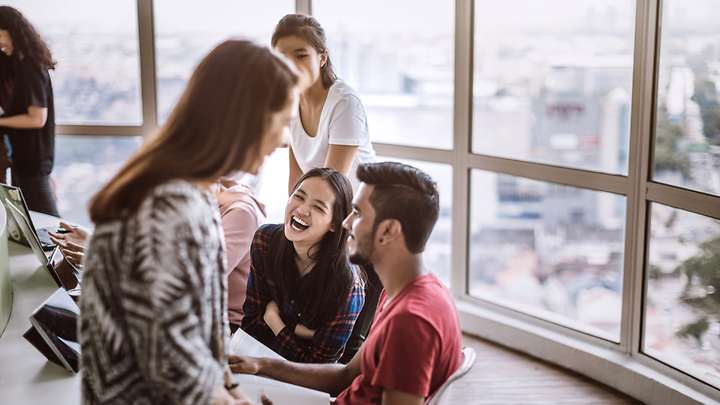 Travel insurance for pupils, students and trainees – covers you for stays abroad of up to 5 years

Whether you are staying abroad as a pupil, student, doctoral candidate, scholarship winner, trainee or participant in a work & travel program, this travel insurance offers you optimum travel cover. You may combine your foreign health insurance with travel accident insurance, emergency insurance, baggage insurance and travel liability insurance cover.

Are you living in Switzerland?

If you are living in Switzerland we recommend visiting our Swiss website. There you are given valuable information and you can take out all travel insurances online.

For legal reasons you are not allowed to book travel insurances on our German website. We apologize for the inconvenience.